Its practically my neighbor. Every time a customer makes a purchase, he gets a 40% or 50% coupon to be used on one regularly priced item. Its practically a crime to not use a coupon that good. But the tricksters make you use the coupon within about a week and a half. I have been spending alot of time there lately :)
Posted by jules at 9:43 AM 4 comments:

Ever since I started running consistently, I have been annoyed and intrigued by "the drive by." I am minding my own business, jogging along the street, and occasionally people (okay, males) whistle, honk, yell etc. One time a guy was sitting on the sidewalk and pulled out his phone to take picture!
I do not understand the logic behind their shameless expressions. I am sweating, gross, and trying to maintain a steady breathing pattern, so I am surely not going to respond to the brief, shallow, shout-outs. And you, the guy in the car, are driving faster than i am running (though some do reduce their speed temporarily) and will not actually gain any reward for trying to catch my attention as you pass.
So for the record, I know a friendly honk when I hear it. All other horns, whistles, cat-calls or pet names (namely "baby") are not working to your favor.
Posted by jules at 9:56 PM 5 comments:

so I went to Alabama this weekend. I know what you are thinking... NO, its not that serious.
Jared and I had friends who just got married, so Jared flew home for a couple of days and I met him for the weekend. it was a quick trip, but I had so much fun.
Alabama is much prettier than I anticipated. I am pretty sure the entire state is either a forest, a pasture, a porch or a church. Even though it was humid, I liked the change of pace, scenery and food. 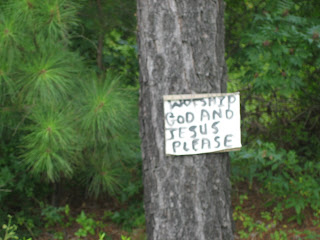 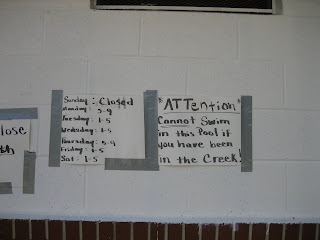 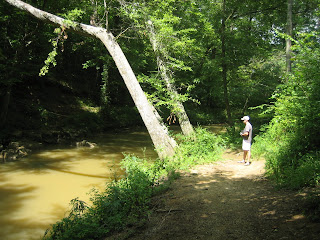 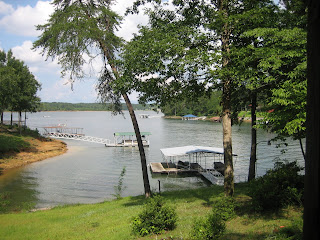 the kiddie pool (Jared's niece, Cameron, taught us how to wear goggles, walk on our hands, and have a surprising amount of fun in 3 feet of water) 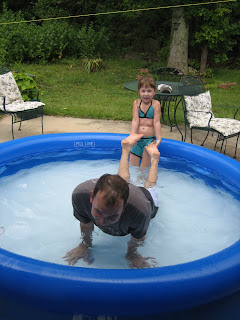 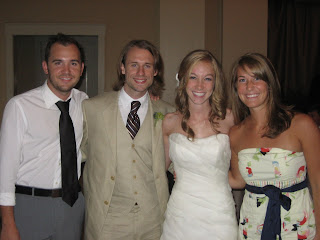 the swap meet and the salon (Carbon HIll style) 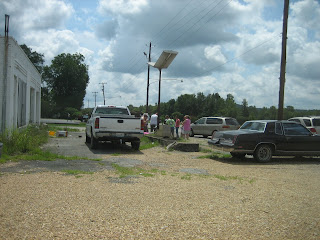 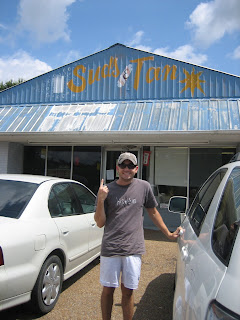 And i wish i had a picture of the food. BBQ is one of my favorites.

But now i am back at work, and tomorrow i find out what my real travel schedule looks like for the year. Good times.
Posted by jules at 8:55 PM 3 comments:

having a new job brings about different challenges and perks, but mine has also has very comical quirks.

i love the people in my office. The counselors, in particular, are hilarious. Some would joke that we are "the face of CBU," since we are often the first encounter that people have with someone from CBU, and our job is to paint a picture of the school in order to get people to come. But let me tell you, this face is usually laughing.

We all work in adjoining cubicles, though i prefer to call them cubbies. the lack of privacy allows for prime eves dropping, sarcasm, and quick answers. maybe the romance of it all will wear off, but right now i really enjoy the atmosphere at work.

The other positive aspect of the job is the fact that i interact with different people all of the time. At times it is draining, but in hindsight, its always funny. i am mastering the courtesy laugh and realizing how differently God created each person. I have talked to a man that centered our entire conversation around Stephen King novels and movies, a girl who gave me a long list of what to look for in a "real man," another girl who educated me about Nor Cal "lingo" as well as the varying prices of marijuana in the state, along with a number of other entertaining individuals.

i will start posting the story-worthy interactions.
Posted by jules at 6:29 PM 4 comments:

i love summer. i like the blue skies, the warm nights, freedom from homework, and the smell of bbq.
one of my favorite holidays is in the summer. i think the 4th of July is great because fireworks are thrilling, friends are a blessing, and summer food is delicious. this year, i was particularly excited about the 4th because i got to experience all of those things and have a day off of work.
so now its sunday afternoon, i have had two days off, and im watching The Holiday and getting little things done.
for the few faithful readers, im updating :)

i did this. i now have a Bachelors Degree in Business Administration (general enough to do whatever, but not specific enough to do anything) 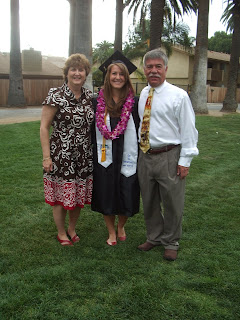 i went on a family vacation here. 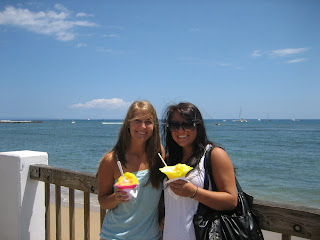 i got a job here. official title: Undergraduate Admissions Counselor 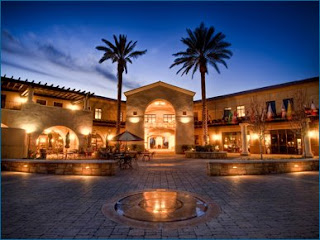 and i am dating him. one of his better head shots :) 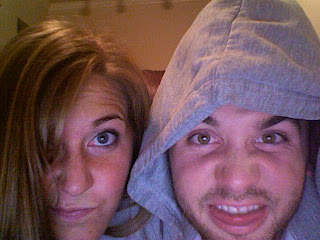 those are just some of the highlights. hopefully i can post more details and pictures in the future.
Posted by jules at 4:15 PM 10 comments:

I am pretty sure i never wrote a post about bella being stolen, since i am terrible at posting and it was kind of traumatic. For those of you who do not know, bella was my baby blue beach cruiser. i had her for almost three years, and she was one of my top five favorite material possessions. I took her on late night rides withmy roommate courtney. Lauren would balance on the back and we would maneuver around campus. And I would take her out daily to get places more quickly or just to feel the wind in my hair.

Unfortunately, I do not live in the safest of places, and a couple months ago, some little scoundrels came on to campus and took her and the lock. I was pretty upset, and I reported the theft to public safety. However, we were not able to recover bella.

To make a long story short, our office had a bike auction with some old bikes that the school had in storage. They had either been left or recovered etc., so the school let us clean them up a bit to resell them for a fundraiser. I kind of pulled some strings and was able to purchase a yellow beach cruiser that i had my eye on from the minute we started checking all the bikes. The previous owner must have been named Shawna, since it is written on the back fender with blue bike stickers. After making my purchase, i bought a lock and a friend and I worked on her for a while to fix the seat and tighten up some of the bolts. Now, the seat is not totally secure, and it kind of makes a chirping sound when i ride her, but i do not really care. I was seriously so thrilled to have a bike again! I have decided to keep the name Shawna, though i may remove the stickers, and we will try to fix the bird sounds over Easter break.

Anyway, just thought I would fill you in on my latest thrill. It does seem minor compared to the fact that I am graduating, and trying to find a new job, and going to Hawaii with my family in the near future, but sometimes its the little things that are worth talking about.
Posted by jules at 9:17 AM 2 comments:

i had two midterms.
my sister's car caught on fire and burned up, with many of her belongings inside.
my parent's washer broke and leaked all over. same day as the fire.
jason screwed up his life on national television. ridiculous.
my roommate and i took free online typing tests should we need such skills when we graduate. approximately 75 wpm.
our faces are also breaking out from stress. attractive.
our friends intermural basketball team won their semi-final game and will now play in the championship game next week. but none of us were there to watch or support.
i have apparently not had health insurance for the last two months. oops.